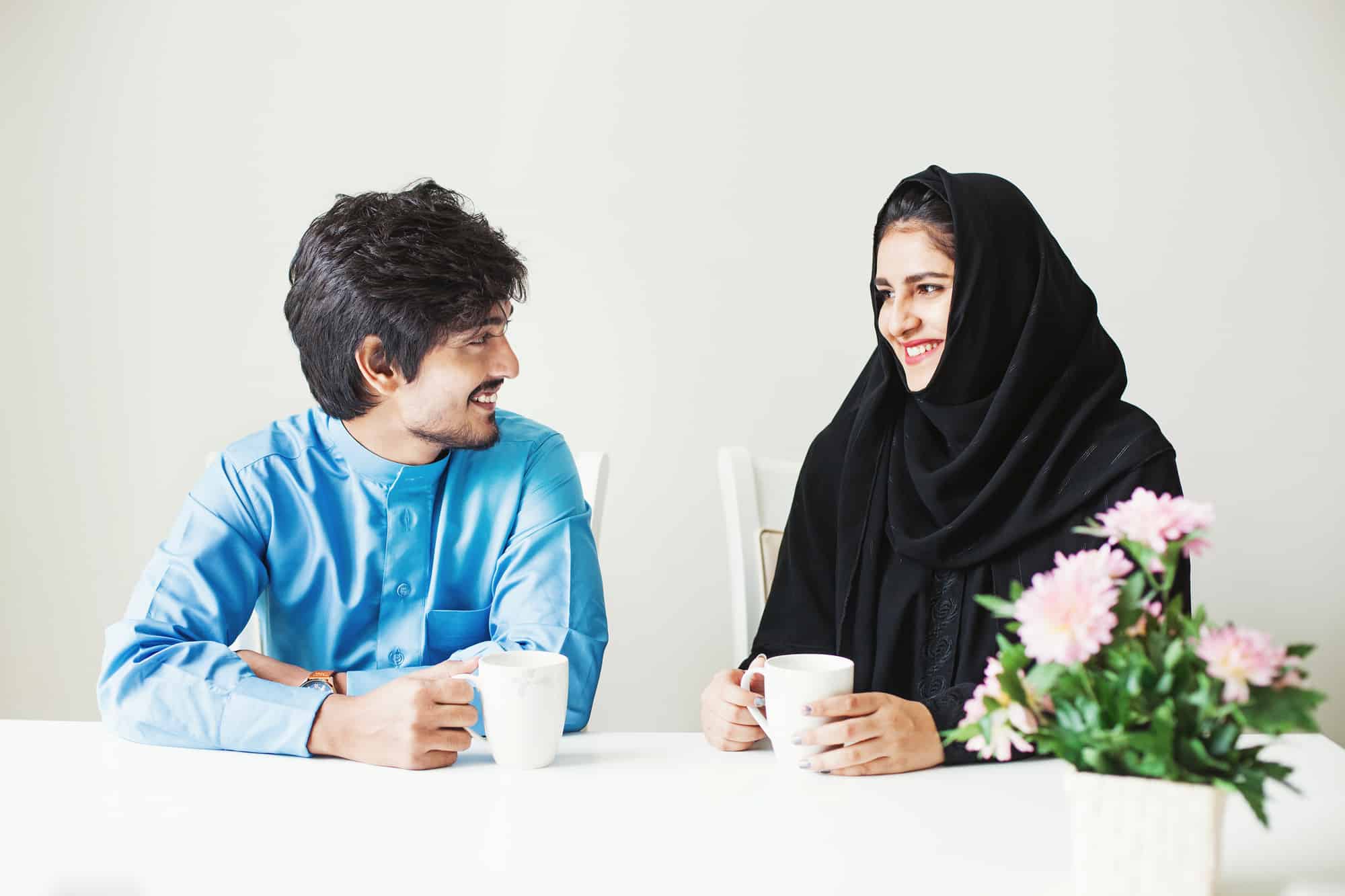 A Muslim girl can be hard to get because they know the Islamic Dating Rules. Guys who want to be a with a Muslim girl must try their best to show how serious they are about her. Even if it means no dating before marriage.

A Muslim girl knows all about the rules for when a guy tries to get her. She is interested in a guy that knows how to behave according to Islam.

How to Get a Muslim Girl Interested in You

You must make your move carefully. Be patient and you will get her. There are a lot of things that you must pay attention to but if you really like her then you won’t mind giving extra efforts. A Muslim girl doesn’t easily take interest in guys in a way that other girls do. These are the things that you can do:

1. Get to Know One of Her Closest People

The first thing to know on how to get a Muslim girl interested in you is that you can’t just be close to her. What you have to do is to befriend one of her closest people. Know them well. They can be her friends, family members or even her parents.

You have to know if she has already been proposed by another guy. In case she is then you can’t be with her. By getting in her inner circle, you will get more detail of her personality and traits. Also read on Reasons Why You Should Not Live Together before Marriage.

2. Ask to be Introduced

Once you get the green light from her close friends or her family, then you can make your next move. Now you can ask yourself to be introduced to the Muslim girl you’ve been chasing.

Prepare yourself as you have to make a good impression in your first meeting. Make sure that your appearance will make her interested in you. Be clean, smell good and look neat.

Make her interested in you by trying to show genuine attention to her. A Muslim girl will know whether you’re really honest or not so don’t fool her. Avoid making any sort of mistakes while you’re still trying to get to know her. A fake attention will cause the Muslim girl to feel betrayed and disgusted by you.

4. Get Involved in Worshipping Activities

For a Muslim girl, she feels the need of a guy who can be her imam. Eventually, she wants him to teach her the right way of living according to Islam. That’s why you have to deepen your knowledge on Islam to make her interested in you.

This applies to any girl that you want to get close to so it also works on how to get a Muslim girl interested in you. Show her a positive personality. Be confident and don’t be afraid to show off your strengths once in a while. A positive character will make a Muslim girl want to know you more. Keep in mind that you should not overdo it.

Watch over your body language when you’re around a Muslim girl. Don’t ever behave inappropriately in front of her. Never try to hold her hands or put your arm around her shoulders. When you talk to her, don’t look at other things.

Your focus should be on her only. Show her how much you like her by giving her all the attention. In case it gets a bit boring and she doesn’t seem interested at in you then maybe she’s not the right choice for you. Here are the unfortunate Signs that She Doesn't Want to Marry You.

You must also watch your words especially when you’re talking to a Muslim girl. It shows her your true personality and what really goes on in your heart. A Muslim girl is not fond of guys who are rough and harsh. It’s a no no if he likes to cuss, say inappropriate things. You must know how to speak gently and wisely.

Women in Islam are protected and that includes not being touched by a man who is not her husband. So avoid touching her at all cost. It can be very difficult to control your behaviour when you’re around the girl that you really like but you must not make skin contact with her.

You cannot make excuses to hold her hand because that will make her become suspicious of you. If you really like her then you must be in your best behaviour around her. Also read on Dating in Islam Haram or Halal.

9. Don’t Talk Too Much about Yourself

Never talk too much about yourself just because you want to show her that you’re a good guy. She’s going to get bored of you and think that you’re just so full of yourself. To make her interested in you, ask questions that will reveal more about herself. Besides making her comfortable around you, you’ll also gain more information on her.

This is a no for how to get a Muslim girl interested in you. You are only going to drive her away. A Muslim girl will lose her interest if you sweet talk her too much. She will feel as if you don’t really know how to be a gentleman and a man who has deep knowledge of Islam. Sweet talking her is okay every once in a while but too much of it will make her think that you’re just lying.

Making a Muslim girl to be interested in you requires physical and mental preparation. Before getting close to her, it’s better to know yourself first. That way, you can convince her even more that you might be the right guy for her.

Michelle Devani
My name is Michelle Devani, and I've been helping people with their relationships since 2003. In 2017 I decided it was about time I started a blog on the topic, and since then more than 2 million people worldwide have read my relationship advice. Drop me a comment below to let me know what you think.
You May Also Like
32 Romantic Reasons Why You Should Date A Libra Girl
No Comments
Liberating Reasons Why You Don’t Need A Man #Girl Power
No Comments
What to Do with a Girl with Daddy Issues and Win Her Heart
No Comments