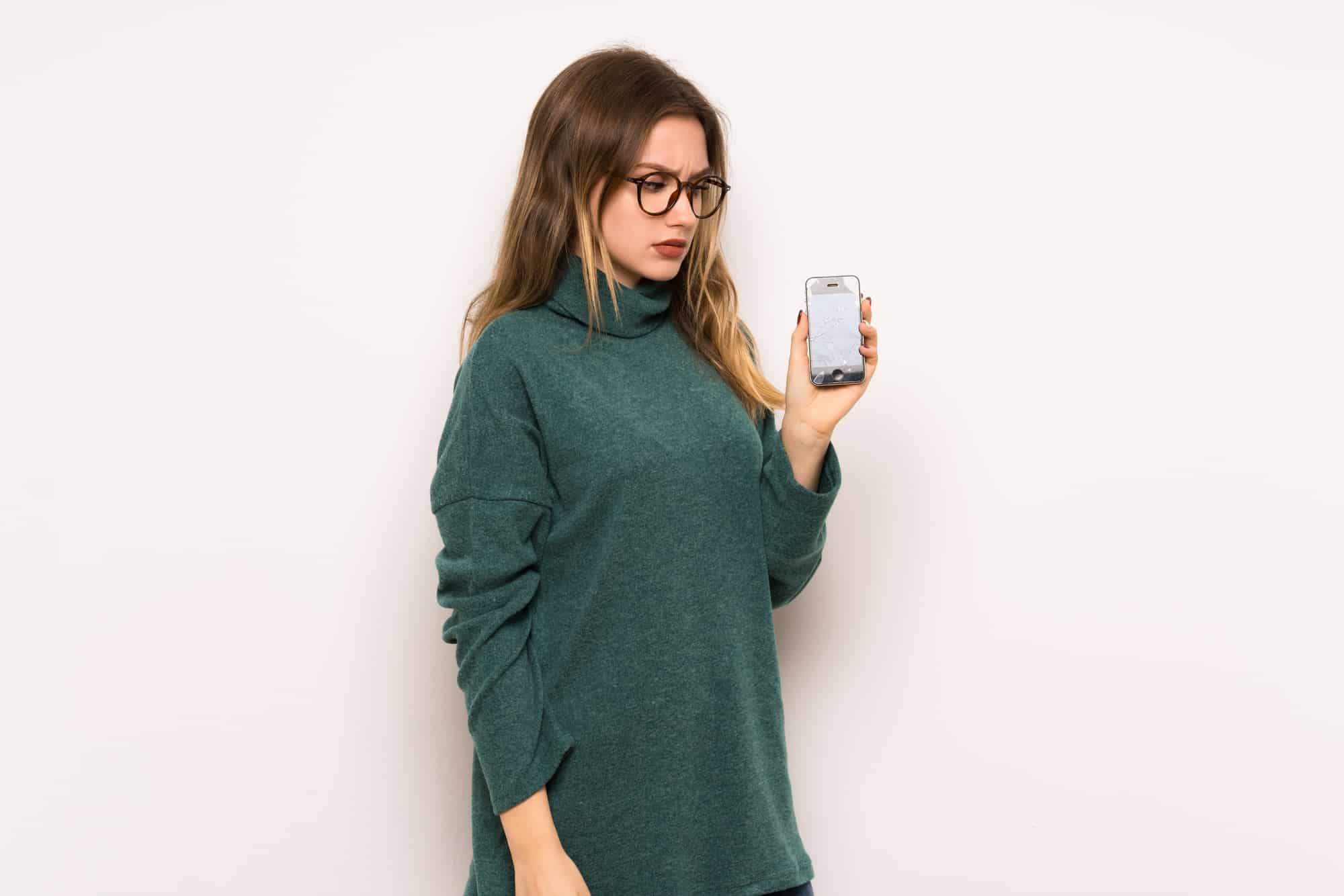 How To Tell Your Parents That You Cracked Your Phone - Stop Them from Getting Mad At You!

Most phones these days crack easily. Extra care is a must. But what if you’ve done that and it’s still cracked? If your parents bought it for you then they will know sooner or later.

So here are some simple ways how to tell your parents that you cracked your phone:

In case you’re scared, just text your parents. You don’t have to face them straight away.

Send a short text about your cracked phone and how it happened. If they demand to talk with you, there’s still time to gather your courage once you’re done reading the text.

2. Send Them A Picture

Use someone else's phone to take a picture of your cracked phone. Send the picture to your parents.

Wait and see their reaction. At least, you've told them, right?

Are you the kind of person who likes to get straight to the point? Then you can talk to your parents about your cracked phone.

There’s no denying that they might get a bit angry at you. Try to keep yourself calm. Here's also How to Deal with School Drama in Elementary School like this.

4. Write Them A Note

Pen a short note explaining what happened. Say you're sorry.

Leave it on the kitchen counter. Wait in your room until your mom or dad calls you.

5. Show Them Your Phone

You don’t have to say a lot to let your parents know. Take your phone out and tell your mom or dad, “Hey mom/dad, look at this”.

The next thing they’re going to say is, “What happened?” or “What did you do?”.

You can tell them the truth or you can make up some excuses to soften the blow. Keep reading to know some of the best excuses you can give.

Excuses You Can Give To Your Parents

It’s not unusual to mix the truth a bit with a little white lie. That’s how to tell your parents that you cracked your phone without having the blame all on you. These are the excuses you can give:

1. You Dropped Your Phone

So you were texting something important. Suddenly your phone slipped out of your hand.

Before you know it, the phone is on the ground and cracked. You never meant to damage your phone since the fall was not on purpose.

You were walking in the hallway, trying to get to your class. Someone was running from the opposite direction and bumped into you.

You fell and smashed your phone. It was in your pocket. Now it’s cracked. Tell them also the Worst Effect of Bullying in High School for Seniors and Juniors  as the bump could be a form of bullying.

3. You Accidentally Sat On It

You were busy working on your schoolwork. You quickly put your phone in your back pocket because you noticed a mistake.

You sat on your chair and you heard the sound of cracked glass. It was your phone because you forgot you had it in your pocket.

4. Someone Was Trying To Steal It

You were holding your phone on your way home. Someone sneaked up on you and tried to grab it.

You fought back and he run away. But the phone dropped and that damaged the screen. Was the one who did it a friend? Here are Clever Ways to Defeat Your Frenemy Toxic Friendship Alert.

5. A Friend Cracked It

You lent your phone to a friend. A couple of hours later, he returned it with a cracked screen.

He won’t fess up and refused to take responsibility for it. This also actually one of the Signs A Friendship is Coming to An End.

How To Stop Your Parents From Getting Mad At You

Scared your parents will get mad at you? Here’s how to tell your parents that you cracked your phone and stop them from shouting at you:

1. Offer To Do Chores

Promise that you’ll do chores around the house. Agree on a time period for how long you’re going to do them. They can keep all your allowance to help you replace the cracked phone.

Why Is There So Much Drama in High School such as cracking your phone?When you tell your parents about the phone, put on a sad face. You can even get a bit teary. They’ll feel sorry for you and won’t get too angry.

Other than putting on a sad face, you can also sound devastated. Say, “I know, I know it’s my fault”. Your parents would hesitate to give you a heavy punishment when you sound really sad.

4. Replace The Phone By Yourself

Make the first initiative to show you’re responsible. Say that you’ll replace the phone yourself. You’ll find some jobs from the neighbors such as babysitting or mowing the lawn.

5. Not Asking For A Replacement

This should be your last resort. You must also be fine with the fact that you’ll have a cracked phone for a long time.

Don’t ask for a replacement. Your parents would have no problem with that at all.

Good luck! Hopefully, everything turns out fine and your parents don’t shout at you.

Michelle Devani
My name is Michelle Devani, and I've been helping people with their relationships since 2003. In 2017 I decided it was about time I started a blog on the topic, and since then more than 2 million people worldwide have read my relationship advice. Drop me a comment below to let me know what you think.
You May Also Like
How to Tell Your Parents You Are Going on Vacation with Boyfriend and Make Them Say Yes!
No Comments
7 Things Every Mother and Daughter Should Do Together
No Comments
Lovely Ways to Announce Pregnancy Around Valentine's Day
No Comments