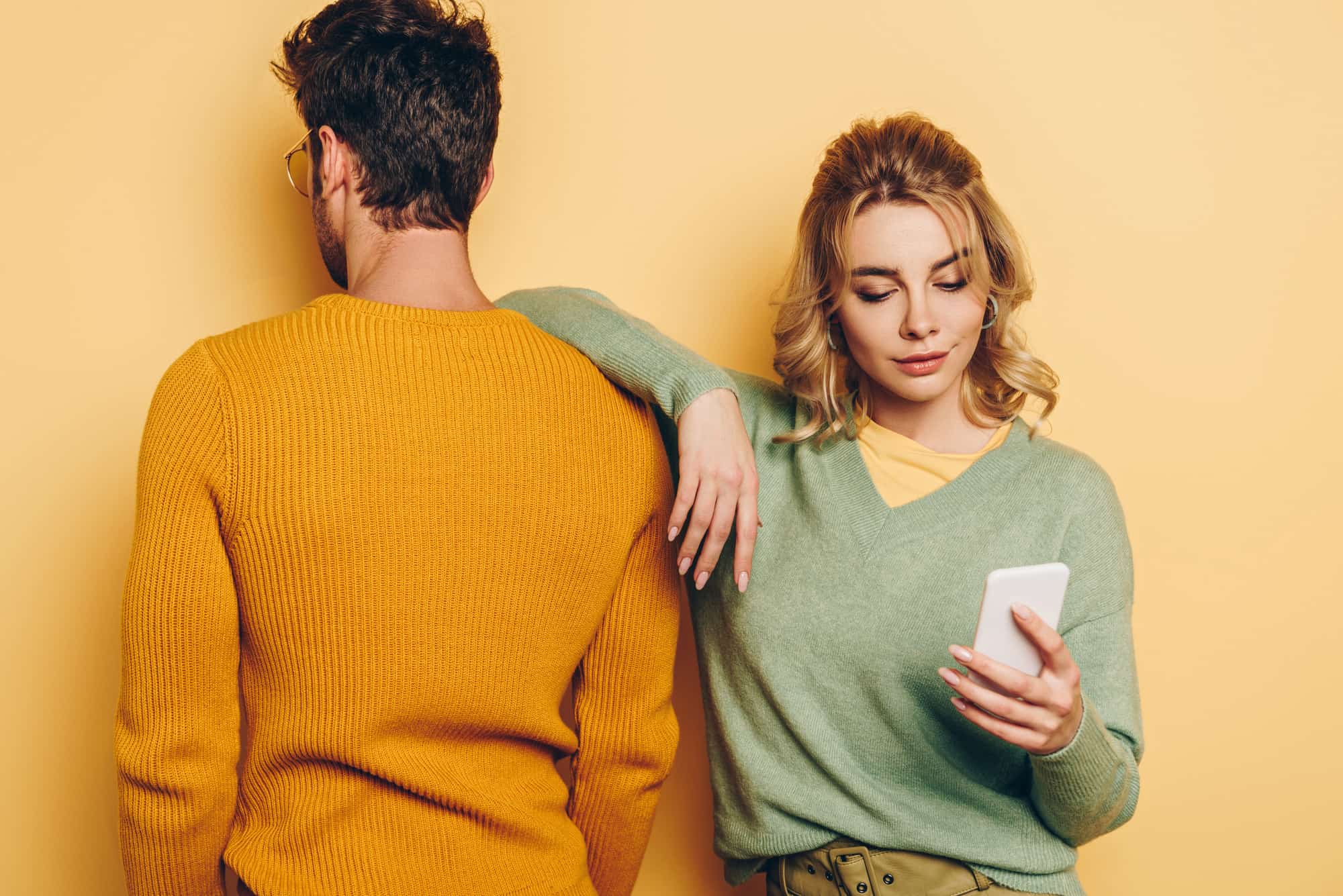 13+ Sad Reasons Why Your Best Friend Is Ignoring You

Has your best friend stopped responding to your texts and phone calls?

Does it feel like they're ignoring you whenever you try to communicate in real life as well?

Are you wondering why someone who you consider to be your best friend is acting so differently towards you?

My initial advice would be: don't panic. There are plenty of reasons for your friend to be behaving like that, and many of them have nothing to do with you.

In the guide below, we'll explore the potential reasons why your best friend is ignoring you and what you can do to improve the situation.

Of course, I can only speculate as far as what might be going on in your unique and specific friendship.

If you want to get to the bottom of the situation as effectively as possible, I would recommend downloading this intelligent online communications tracker tool.

This tool can break into your best friend's phone and deliver you information based on their recent communications.

You'll be able to see who they're communicating with and what they've been doing in the digital world when you're not around. It'll give you a clearer idea of what's going on in their life and why they might want you to be a part of it, right now.

It's 100% discreet - so your friend won't know they're being tracked by this tool - and it's likely to give you the information you need to make the right move to fix the friendship.

With that said, let's now take a look at the potential reasons why you're being ignored by this special person in your life.

14 Reasons Why Your Best Friend Is Ignoring You

If they are ignoring you, maybe you have disappointed them in some ways. Probably you are not like who they want to be and it comes to them as disappointment. Maybe you have gone too far this time. They could have been disappointed by many things: your act, your thought, or your behavior.

2. You Maybe Do Something Bad

Related to the disappointment they had earlier, it due to something bad you did. You could have barging in in their relationship or lying too bad to them. Of course they would be ignoring you after that. Find the Ways to Get Your Best Friends to Forgive You.

3. Both Of You Have Grown Up

This could be happen to childhood best friends. When somebody is growing up, they develop different personality and interest, which drawn them away from old friends. Try to check the Zodiac Signs Best Friend Compatibility to find out.

4. They Find Another Friend

You used to be too close to each other because you went to the same school. After graduating you are accepted to the different university and surely they find another friend and slowly driven away from you.

5. They Are Seeing Someone

Who can make someone ignore their best friend other than the one they date? You are no longer their first priority, and you should understand this somehow. But talk to them when they ignore you for too long.

6. You Have Different Gender

Boys and girls hardly stay as best friends for too long. Things could get really awkward when both has grown up, and the awkwardness slowly make them ignore you because they no longer feel comfortable.

7. They Fall In Love with You

The last thing to do to your best friend is falling in love with them. It could ruin your friendship at once and they also aware of it. Maybe they try to fight their feeling. Meeting you could make them awkward as the feeling is new to them

8. They Are Just Too Busy

We all need to live our own life and struggle to make a living. There are no reasons, they are just busy with work or school. They never mean to ignore you but their situation makes them to. They'll contact you when things are slowing down.

9. They Are Testing You

Upon ignoring you, they might really have no reason. They only want to test you out and see how you react. It could also because they are doing the Good Ways to Get Revenge on Your Best Friend after the mistake you made.

10. Everything Is Enough For Them

The reasons why your best friend is ignoring you is because of you. Maybe you are too hard for a person to hold and they have had enough for it. You take them for granted and don't even thankful to them. Make up quickly after both of you are having a rough time. There are many good Things to Say to Your Best Friend After a Fight.

Rumors fly faster than a lightning streak. It could be that they are shaken by the rumors and don't know how to deal with it. They don't want to ignore and leave you, they just need time to adjust themselves and gather the courage to finally confirm whether the rumors are true.

12. They Demand Your Apology

As a friend, you are not perfect and so are they. You make mistakes, they make mistakes. Whoever is at fault should apologize first. That is how you maintain a friendship. Maybe the are ignoring you because you don't realize of your fault and they want your apology. It's just because you haven't done that that they ignore you. Do the Ways to Make Best Friend Feel Better and forgive you.

13. Ask Help From Other Friends

Things could work better if you involved another person. But choose that third party carefully and make sure they are fair and don't side with anyone. They could be someone from your gang. Ask them to help you persuade you best friend.

14. Talk With Their Family

If you happen to close with their family, talk to their mother about your concern. There is no way she won't help you talk to them. Who knows that your best friend tell their mother something about why they ignore you?

What To Do When Your Best Friend Ignores You

After reading what could be the reason why your best friend is ignoring you, you got to do something about it. Whether you or them who make mistake, you better make the first move and try to make things up with them.

Michelle Devani
My name is Michelle Devani, and I've been helping people with their relationships since 2003. In 2017 I decided it was about time I started a blog on the topic, and since then more than 2 million people worldwide have read my relationship advice. Drop me a comment below to let me know what you think.
You May Also Like
Signs He Only Sees You As A Friend (29 Not-So-Obvious Signs)
No Comments
How to Pray for Someone Struggling with Homosexuality - Reach Out to Them
No Comments
Healing Things To Say To Your Best Friend After A Fight (31 Things To Say to Break The Ice)
No Comments