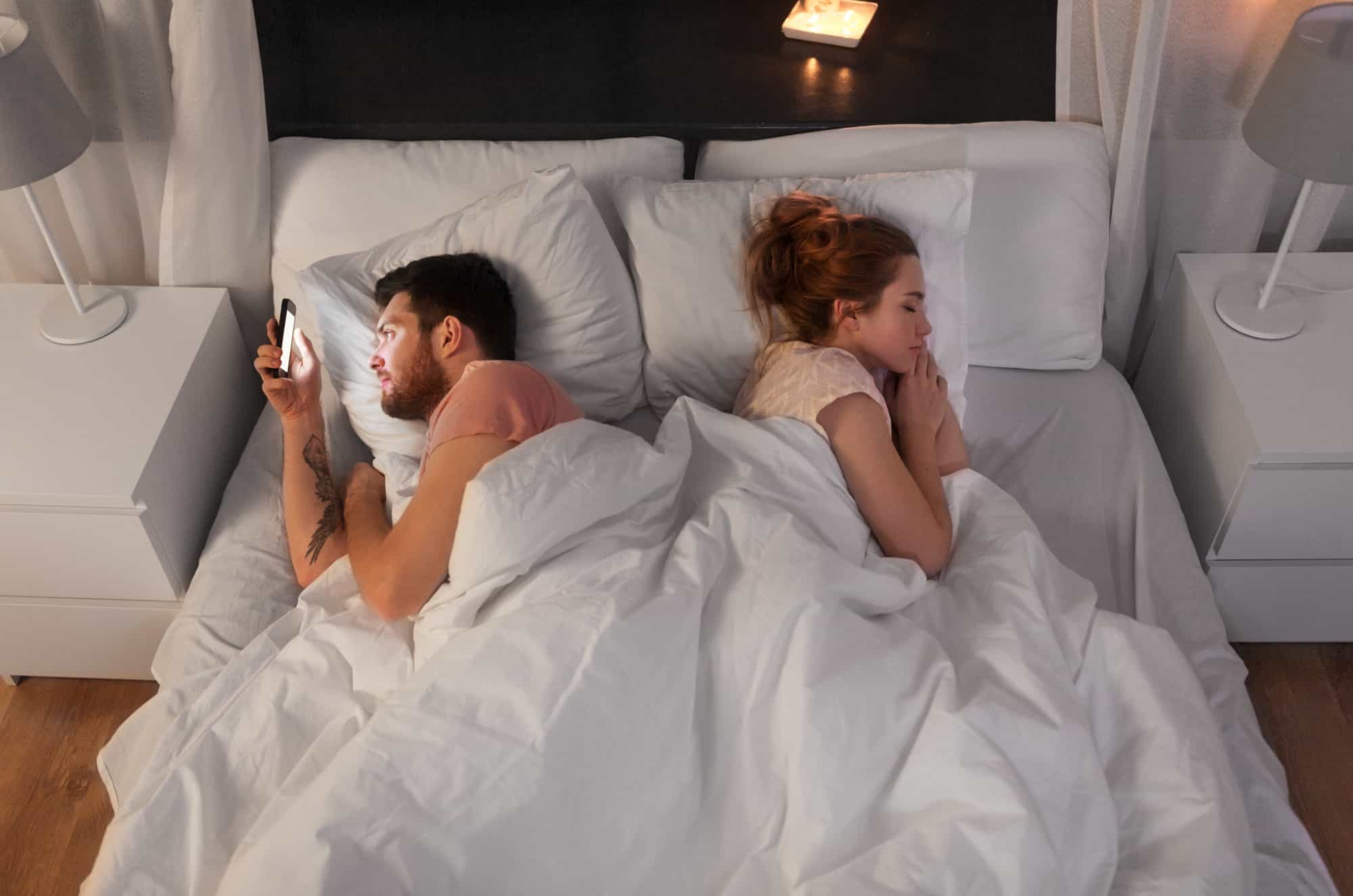 When a guy who is already in a relationship cheating, the girl will somehow instinctively feel it. She just knows it. Probably because he has the Signs of an Unfaithful Man or showing Signs He is Player. Whatever it is, a girl would really be heartbroken to know this.

But before all suspicions going overboard, you must prove it and see it with your eyes that he did cheat. Don't be suspicious with groundless reasons just because your feeling tells you he cheats. Sometimes you girls having too much paranoia and it will do no good in your relationship.

Don't be insecure, calm yourself down, and now is the time to think about the way to catch a cheating boyfriend. Here are some useful and easy-to-do tips and tricks for you!

A cheating boyfriend will naturally shows some changes in his behavior. Maybe he start to make bunch of excuses whenever you want to see him. Or else, he start to dress differently like never before, using some new fragrance that you know he never like it before. Also you find him going to work much earlier and going home very,very late saying that he has an overtime for this past few weeks. Watch out, it could be the Signs He is Cheating with a Co Worker.

Actually its a big no-no to go through your boyfriend's gadget and computer. You have to respect his privacy after all. But then you have this valid reason that it is one of ways to catch a cheating boyfriend. Open his email trash folder. If he is an active email user, you may find his little chit chat with the other woman he's trying to dispose. Checking his computer's recycle bin is also worth to try. There will probably be a picture of someone else that hasn't really deleted.

3. Ask About How He Spends His Free Time

It's important to give each other's space for themselves. That is a good way to enjoy yourselves and give you and your boyfriend a chance to miss each other. Things going smoothly until recently when he become too protective to his own space. He no longer answering how he spend his free time without you. Well, you have to be more careful because it could be a Signs of a Cheater Guy.

4. Ask Why He Cancels Your Dates

One Signs of an Unhealthy Relationship with Boyfriend is when he has more power than you. For example, he cancel your dates without talking about it with you. He make up some reasons like having a sudden meeting in the office and it happen several times. In this case, he looks suspicious for some logical reasons.

5. Drop By Without Telling Him

This is one of the best ways to catch a cheating boyfriend. Drop by at his office or at his home without telling him before. If he is asking, tell him you pack him a lunch and want to deliver it yourself. The normal response of a good boyfriend would be surprisingly happy. But if he look unpleasantly surprised or even angry, he must have something going on.

6. Peek To His Phone

He has a new habit of bringing his phone around everywhere. He somehow become very protective and doesn't even let you touch it. Take a peek for once or twice, just to make sure he didn't texting with some other woman. You have to make sure of yourself at least. A guy who is too protective to his phone is indicating that he is hiding something from you.

Coming into the scene unannounced is a good trick to find out what he's up to when you are not around. Try this when you are out on a date. Excuse yourself to the restroom and go back unnoticed. Surprise him with a light jab on the shoulder and see how he reacts! If he hid his phone right away and look unhappy or nervous, he probably in the middle of something he's trying to hide from you just now.

8. Why Did He Changed His Passwords?

Is a common thing to exchange passwords between lovers. Not to invade each other's privacy, but as a way to prove that one in faithful to another. Until on day he changed them all without you know it, and refusing to give you the new one, making up this and that as an excuse.

After you find all the behavioral changes in your boyfriend and couldn't hold it anymore, talk to someone you trust and able to help you. It would be the best to talk to his best friends. Share your worries with his friend and ask him to keep an eye to your boyfriend for you.

When your boyfriend is cheating on you, he would lie to you endlessly. A lie would make another lie. There will be time when he shows inconsistency between his talks. Knowing the ways on How to Know When People are Lying will be a big help.

Here are more ways to catch a cheating boyfriend:

Tips On A Happy Relationship (So That He Would Not Cheat!)

2. Do His Hobbies Together

Even when you don't like it, do his hobbies together with you. So he knows that you are really trying to appreciate you. He knows you don't like football but you accompany him to watch his favorite teams.

3. Be Friend With His Friends

Every guy likes it when his girlfriend get along well with his circle. Try to mingle with his best friends and be friendly with them. This will bring a lot of advantages someday when you need their help.

Grow up and do not exaggerate small situations. Do not start any useless fight because of small things that doesn't worth it. Too many dramas will exhaust him and make him running away from you at the end.

5. Always Be There For Him

Make sure that you are always there whenever he needs you. Lend him your shoulder when he feels down, and be the first one to hug him and celebrate when he is happy.

Guys are usually loves their family, especially his mother and sisters. Create a special bond with them and win their heart. That is when you win over his heart too.

The era of "I can't live without you" has gone for a while, and now is the time for you to proof that you can do well without him. Do not bother him with small things like you need his company for a grocery shopping.

Do not hesitate to compliments him whenever he achieve something. Be proud of him and celebrate it with him.

9. Be Smart And Intelligent

Do you know that smart is the new sexy? Dumb girl is no longer cute and pretty. Do not as stupid questions or act stupid in front of him. He will lose his interest.

10. Do Not Flirt To Another Guy

This will make him insecure. Or worse, this could be the beginning of the downfall for your relationship. Be loyal with him.

So those are ways to catch a cheating boyfriend. No one wants their boyfriend to cheat on her, so it is important to keep him happy and interested in your relationship. That is way you should also read the tips that follows. Keep faith in him and be faithful for him. If your boyfriend is cheating, it's not all his fault. You should reflect, too. Change for the better relationship ahead. You still love him after all, right?

Michelle Devani
My name is Michelle Devani, and I've been helping people with their relationships since 2003. In 2017 I decided it was about time I started a blog on the topic, and since then more than 2 million people worldwide have read my relationship advice. Drop me a comment below to let me know what you think.
You May Also Like
Worst Signs He Is Cheating With A Coworker (Warnings!)
No Comments
Reasons To Stay With Someone Who Cheated On You #1 Every Couples Guide
1 Comment
Why Do I Want My Boyfriend to Cheat On Me? Is This Normal?
No Comments